Adobe Photoshop: How to change someone into a zombie!

Adobe Photoshop: How to change someone into a zombie!

In this Adobe Photoshop article, I will show you how to change you are one of your friends into a zombie.

The more advanced gradient and layer techniques that we discuss below are covered in our Guildford and London-based advanced Adobe Photoshop training courses.

The first thing you are going to want to do is to get a portrait picture of the person you want to turn into a zombie I have just used one from google images.  Next you need to add a gradient overlay to make the picture darker at the bottom and lighter by the top of their head.  The colours I used were a dark green and a dark grey. You might want to use other colours depending on how light or dark your picture is. You are also going to make it have a blend mode of overlay. 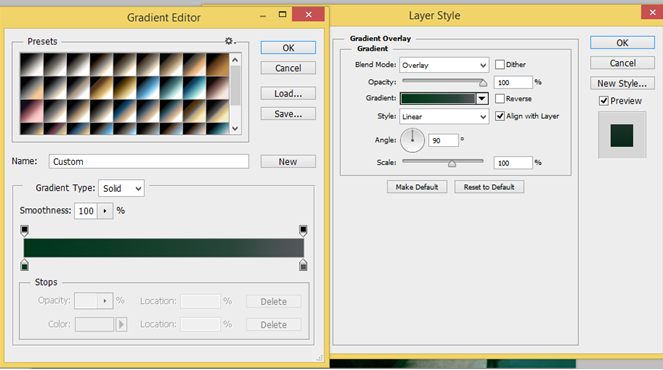 That will give you something that looks like this in Photoshop. 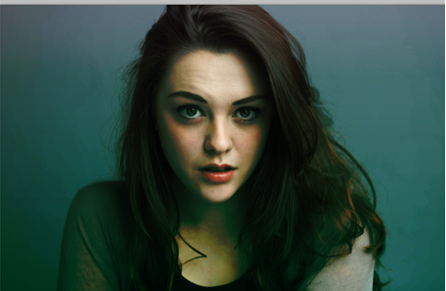 The next step is the eyes now for this you are going want to use the smudge tool and smudge over the pupils of the eyes so that it is all white.  You might want to then grab the dodge tool and use it to make the eyes a lighter colour or use a light opacity paintbush to paint over them.

Now you have done the eyes we can start to add some textures to our person’s skin for these next part you will have to download some images of rotting flesh or raw meat but make sure you look for the right photo to give you the effect you want. Mine was a photo of some raw meat. I just typed into google images rotting flesh texture and took a photo from there.

To add these textures to your person you need to add it to a new layer. After that you will want to position it where you want it and then add a blend option to I think the best ones to use are overlay or soft light depending on how dark or light your photo is. Have a play with those options to get the best look for you. In some cases, you might need to and a colour overlay so that it looks like their skin. Once you have done that grab the rubber tool and get rid of the parts you don’t want. 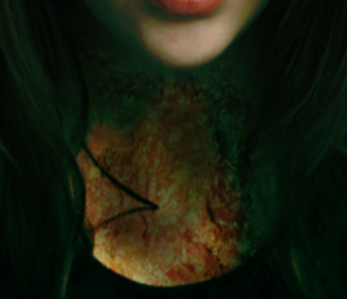 Now that her neck has some zombie skin we can add some features to it like blood or cuts. You are going to want to google for some images containing cuts or exposed flesh. To add it to the image you pretty much do it in the same way we added the skin. First off you want to cut the feature out of the original image so its just the cut In the image you then want to add it to a new layer on our image and apply a blend option to it I used soft light for this one because that part is a bit light then everywhere else. Once you have done that and positioned it you can use the rubber tool with a 50% opacity to smooth the edges of. 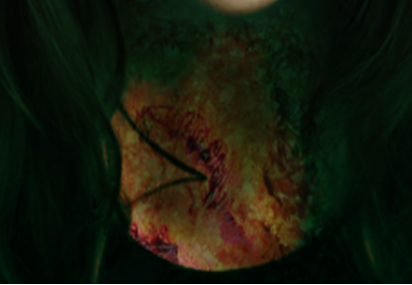 Once you are happy with that part we can move onto the doing the face in Photoshop. For my face, I am going to change her mouth to a more zombie looking one. To do this I have acquired a zombie mouth from google images and then added it to a new layer.  The picture of the mouth was fairly light and had bright colours in it so I had to give it a colour overlay to darken it down a bit and had the blend mode for the overlay on.

The picture of the mouth was fairly light and had bright colours in it so I had to give it a colour overlay to darken it down a bit and had the blend mode for the overlay on darken, the image itself had a blend option of overlay applied to it. Then like before get the rubber tool and rub out the parts you don’t need or want. 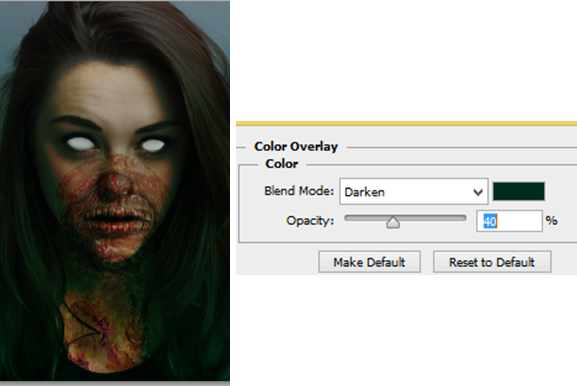 Next we are going to and another texture to her skin so that her face looks more like a zombie.  I used the same image as I used for the neck area. I then added it to a new layer the added a blend option of an overlay to it but when I did that you could still see where the mouth picture ended and the texture skin started so I grabbed the rubber tool and lover the opacity down to about 40% and started rubbing the edge of the mouth picture away so that it looked like where the same image. 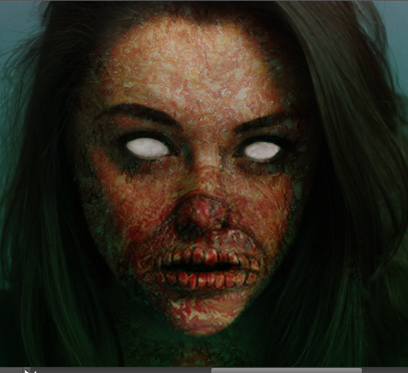 I then added some blood and some more cuts using the same techniques as before which then gave me the final image which looks like this. 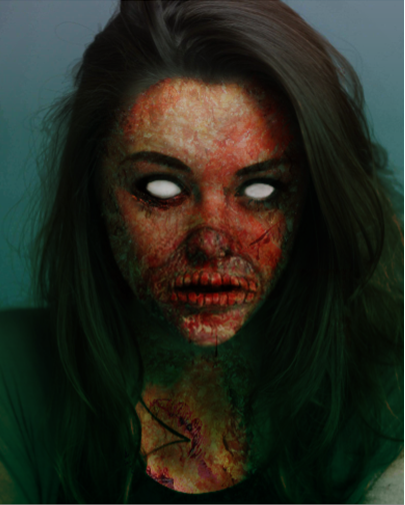 If you would like to learn more about Photoshop, we offer a variety of courses across the South of England including Guildford and London. Full details are available at this web page.