The Seinfeld Strategy: Become Consistent At Anything

Consistency is the key to success.

Being consistent is incredibly difficult, as you will know if you’ve tried to form a new habit.

While technically it’s not a time management strategy, the Seinfeld Strategy is a simple but powerful technique to help you become more consistent.

Who Is Jerry Seinfeld? 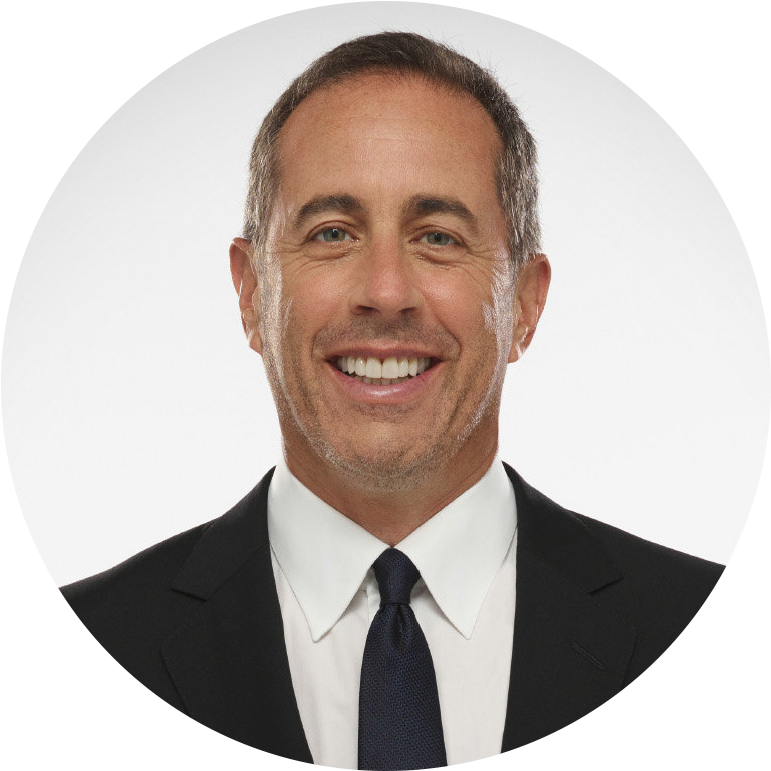 Jerry Seinfeld is one of the most successful comedians of all time, with a net worth of around $950 million. He is most famous for being the co-writer and co-creator of ‘Seinfeld’.

The most remarkable feature of Seinfeld’s career which spanned decades was his consistency.

When a young comic, Brad Isaac, caught Seinfeld backstage and asked for any tip from him, he shared his method for consistency, which is now known as the ‘Seinfeld Strategy.’

What Is The Seinfeld Strategy?

The Seinfeld strategy is simple.

Step 1: Decide what you need to do each day in order to achieve your goal.

Step 2: Get yourself a big wall calendar and put it on a prominent wall.

Next, get a big red magic marker and every day that you perform the task you want to get better at, you put a big X on the calendar.

Step 3: Keep repeating the task so you build up a chain of Xs. That’s it!

A few weeks into your routine, you’ll enjoy seeing the red marks and being reminded of how consistently you’ve been working towards your goal.

Now all you need to do is make sure that you “don’t break the chain”.

Each day that goes by it will become more painful to miss a day and break the chain!

Why Does The Seinfeld Strategy Work?

The Seinfeld Strategy is effective because:

1. It breaks down big goals down into small daily habits.

The Seinfeld strategy boils down to following a daily habit in order to achieve your goals.

This way, you can concentrate on being consistent and building a habit.

2. It shifts the focus on the process.

The Seinfeld strategy forces you to focus on process rather than results, something that is in your control.

You aren’t worrying about writing a novel, you just need to concentrate on writing 500 words every day.

3. It gamifies the habit.

Marking X on the calendar gamifies the habit.

Each time you mark a new X you get a shot of dopamine as a reward.

4. It taps into loss aversion.

There is lots of research showing that people hate losing $5 much more than they do value winning $5.

The Seinfeld Strategy taps into our natural aversion to losing things.

It makes it crystal clear to us every day how long our streak is and so how much we have to lose if we break the chain.

Five Reasons To Use The Seinfeld Strategy

The Seinfeld strategy helps you build a habit.

It gets you consistently doing something small that will help you achieve your larger goal.

Consistency is the key to getting better at anything.

When you don’t break the chain of X, you are being consistent with a habit and getting better at it.

The Seinfeld Strategy breaks down the task to a small, digestible pieces.

Something that is easily doable and so there is no need to procrastinate as it’ll soon be done.

The Seinfeld Strategy can be used by anyone to achieve anything.

It can be applied to fitness, side hustles, work and everything in between.

The Seinfeld strategy is not difficult or complicated.

All you need is a wall calendar and a red marker.

Two Downsides To The Seinfeld Strategy

There are a couple of downsides to the Seinfeld strategy:

You need to choose the right task to use the Seinfeld strategy.

Other techniques like the pareto principle and the Eisenhower matrix can help with that.

When choosing a task, make sure that it is:

2. Works best in the physical world

Having a highly visual reminder is a key part of this strategy.

Although phones have lots of great habit tracking systems and apps, none are as good as a physical calendar.

The Seinfeld Strategy works because the calendar is in your face- reminding you to not break your streak.

What Type Of Person Does The Seinfeld Strategy Work Best For?

Its key strength is its ability to break a large task into small chunks and keep you working on them consistently.

For example, losing 50 lbs over a year might seem like an overwhelming task. But changing your eating habits to keep your daily calorie intake under 1,600 calories feels much more achievable.

The Seinfeld Strategy is a great way to build a habit or be consistent with an existing one.

It can prove to be a powerful tool to help you achieve your long term goals with small daily tasks.

If you’re someone who has a goal like that or would love to find what the strategy can do for you, make sure to give it a try.